Liposuction removes fat incrementally through small incisions. In the head and neck, the most common site for liposuction is the area just below the chin. Fat can accumulate below the chin, and may be difficult to remove with diet alone. The fat can blunt the angle between the neck and chin, and detract from the appearance of the jawline.

SUBMENTAL LIPOSUCTION Often, the neck can be improved with a combination of a chin implant and submental (neck) liposuction. 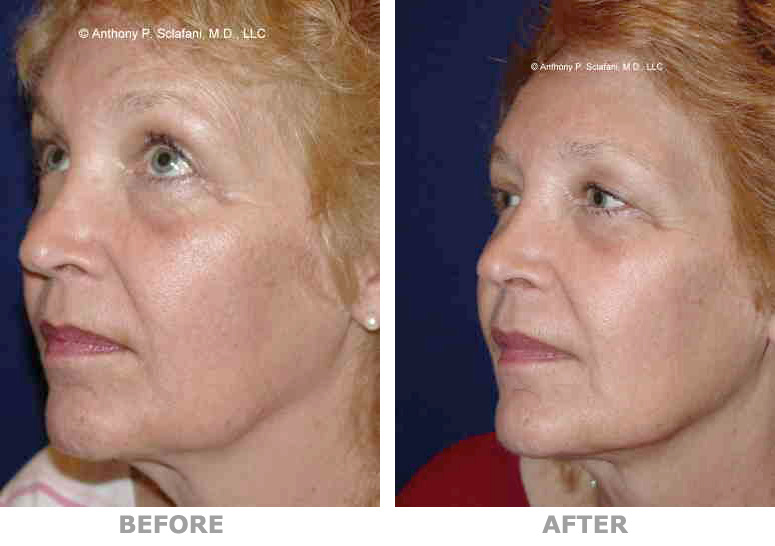 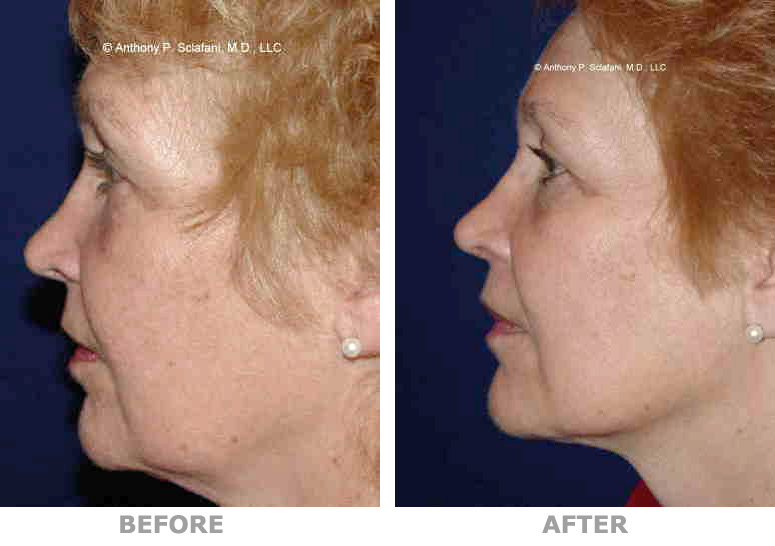 Combining liposuction of the neck with a chin implant is an excellent way to rejuvenate the appearance of the neck. 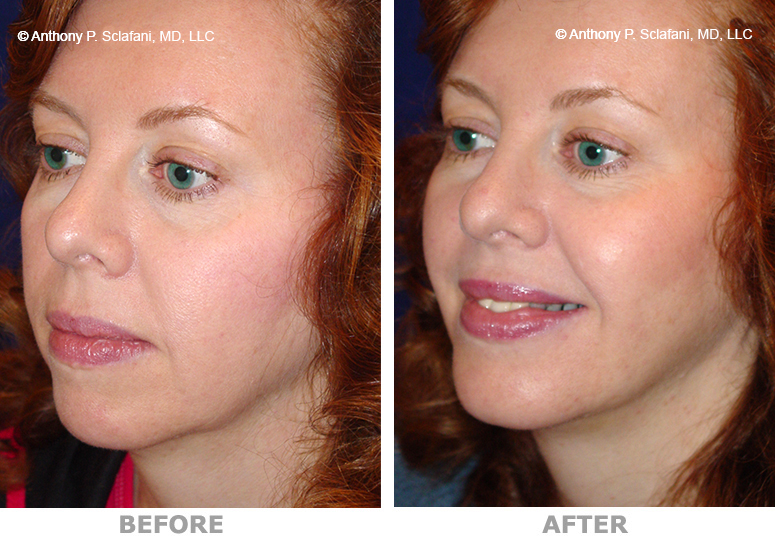 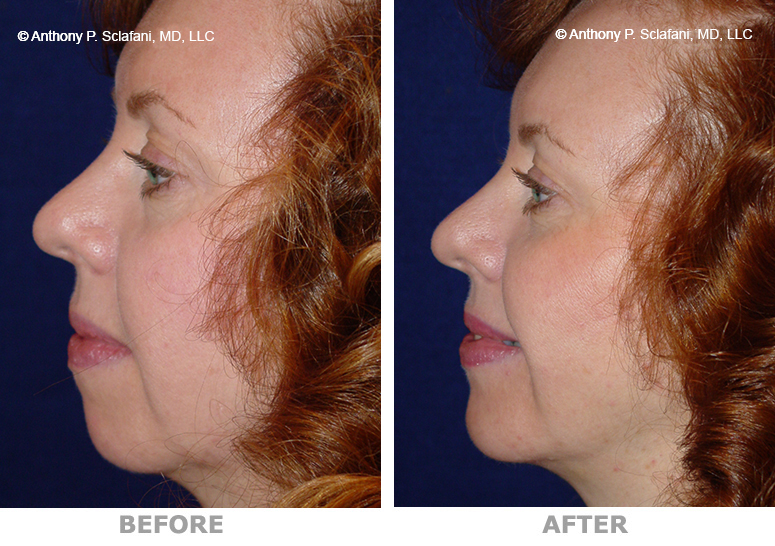 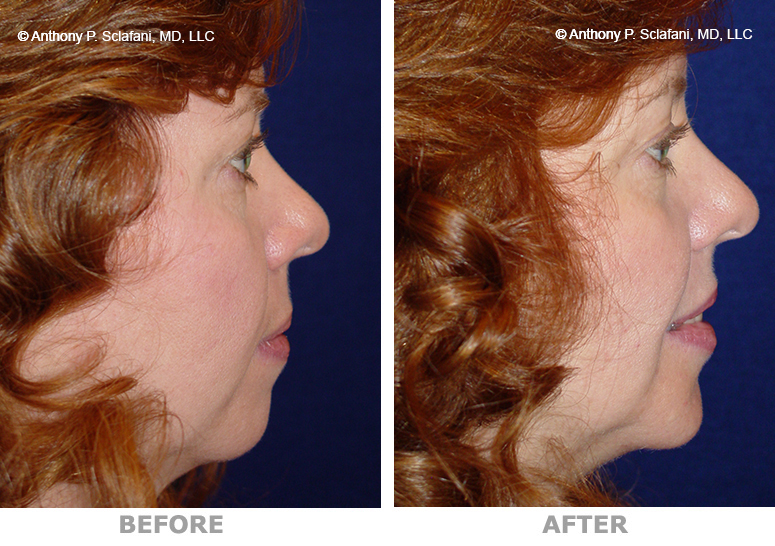 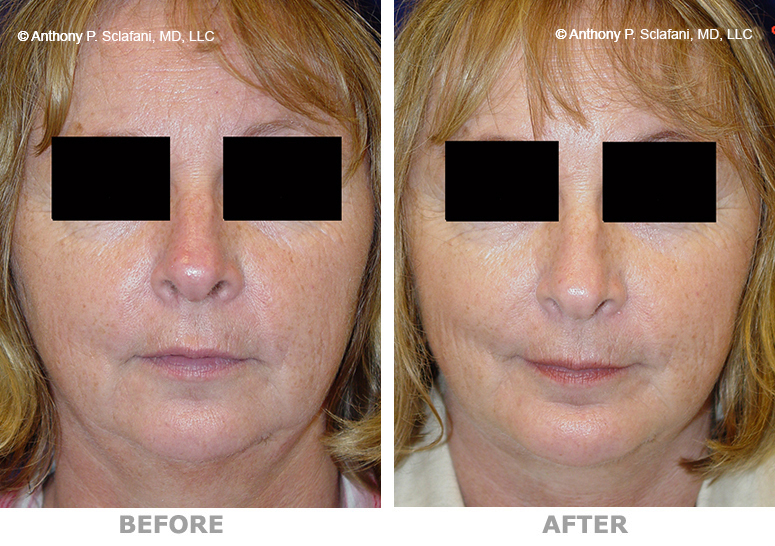 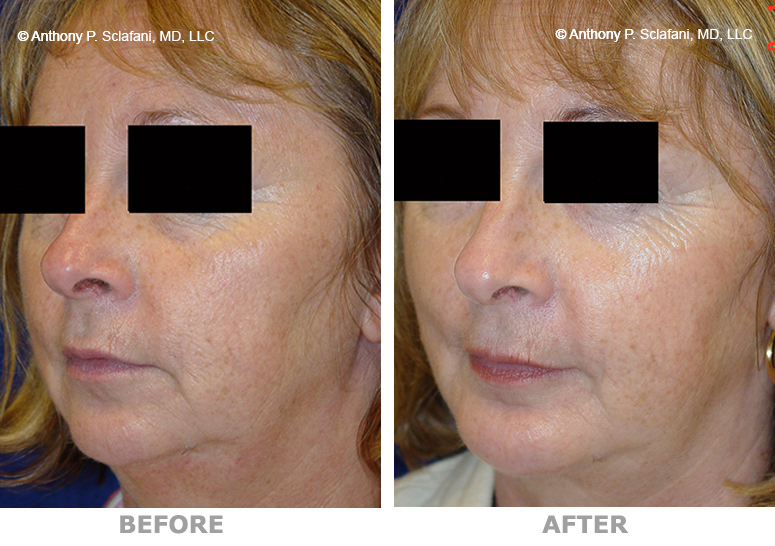 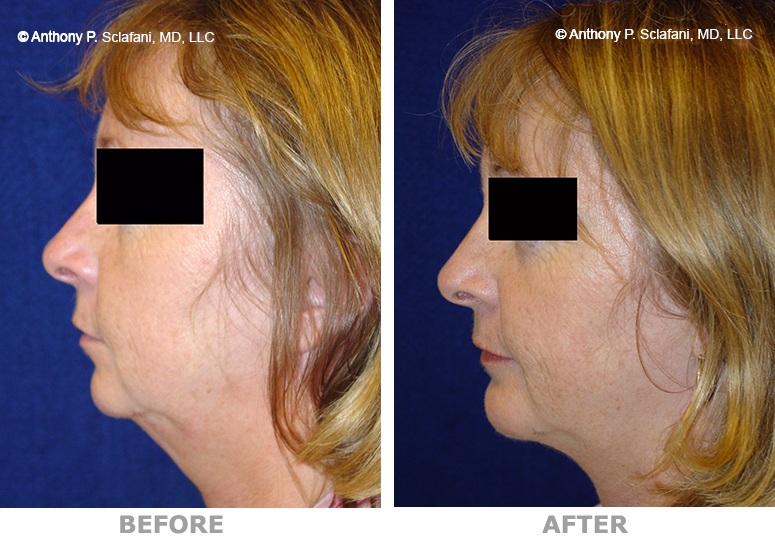 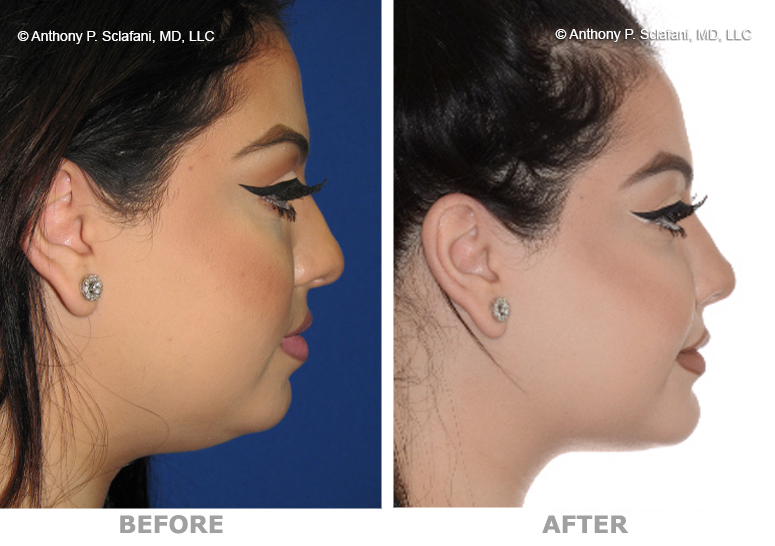 A small incision is made below the chin in an existing crease (many patients already have a scar in this location from, for example, a fall from a bicycle as a child). Using small tubes attached to a suction device, the fat on the neck is gradually sculpted and excess fat is removed. In some cases, the muscles under the neck can be tightened, and vertical "cords" treated to improve the appearance of the neckline. This can often be done with local anesthesia alone.

Liposuction is a versitile method for sculpting a leaner, more youthful appearance for the patient. Liposuction of the neck is very effective when combined with a facelift, chin or cheek implant, or rhinoplasty. Surgery of the aging neck, including liposuction and neck muscle surgery, can improve the appearance of the jaw and neckline with rapid recovery.

What to Expect After Liposuction

In order to allow your tissues to heal properly, we ask that you refrain from brisk physical activity for two weeks. Walking and non-physical activities are allowed, but it is best not to exercise for the first 2 weeks. After the first 2 weeks, aerobics, running, stair climbing, exercise bicycling and treadmills are permitted, but weight lifting (free weights or machines) should not be done until after the end of the third week after surgery. However, once the effects of the anesthetics have worn off, it is not necessary to remain in bed or at home. You may shower as soon as the bandages have been replaced by the elastic band. This band should immediately be replaced after each shower.

Some minimal facial swelling is expected and may be more pronounced 24- 48 hours after surgery than it is immediately following the procedure. The dressing makes this swelling appear to be greater than it really is. Sleeping with your head elevated and sitting upright during the day for several days following surgery will help minimize swelling. Most swelling will gradually resolve in 5-7 days.

Bruising, too, is normal. The bruises on your neck will probably drift onto your upper chest before disappearing. Most bruising will resolve in the first 7 days after surgery and may be concealed with makeup one week after surgery. In order to limit bruising and swelling, ice compresses should be applied over the both cheeks and neck for the first 24- 36 hours after surgery. Compresses should be applied for 20 minutes at a time, with 20 minutes before reapplying. Also, homeopathic medications Arnica Montana and Bromelain may limit bruising and swelling. This is best started at least 1 week before surgery and continued for 3 weeks; check with your doctor before using these.

Most patients experience little pain afterwards, complaining instead of mild discomfort or soreness, easily controlled with acetaminophen or acetaminophen with codeine.

Often, the neck skin may feel irregular or "bumpy" early after liposuction. This, too, is related to swelling and will resolve gradually over a few weeks.

Tightness of the neck is greatest in the first several weeks after surgery, but may persist to some degree for several months. This is due initially to spasm of the neck muscles, and later is due to subtle swelling in the facial tissues that will subside. Be assured, your face will again feel "normal".

Itching along suture lines and in the neck is common and temporary. Numbness of the neck also occurs. Normal sensation usually returns within a few weeks.

Your face may feel "heavy" for a few weeks following surgery. This is due to swelling and changes that occur with healing. Use of the chin strap will help alleviate this sensation.

Bleeding is rare after liposuction. Bleeding that is severe or does not stop with 10 minutes of continuous pressure is rare and should be reported to our office.