The normal ear is comprised of cartilage with a number of convolutions, and failure to fully develop these curves can produce a birth deformity. Some deformities, if treated within the first few weeks of life, can be molded into a more normal shape.

Reconstructive surgery can be performed as early as the age of 5 years. While surgery can be done on adults as well, surgery at this age is before the child has endured any social stigmatization. Many adults will choose to have surgery for prominent ears that were not corrected in childhood for enhanced self-confidence and freedom to style their hair short.

Prominent ears can be reset to a more natural position in patients as young as 5 years of age with a hidden incision on the back of the ear that allows the natural folding of the ears to be restored. Alternatively, many adults who did not have the surgery as children choose to have this surgery. By correcting this congenital deformity, self-esteem and confidence can be enhanced. 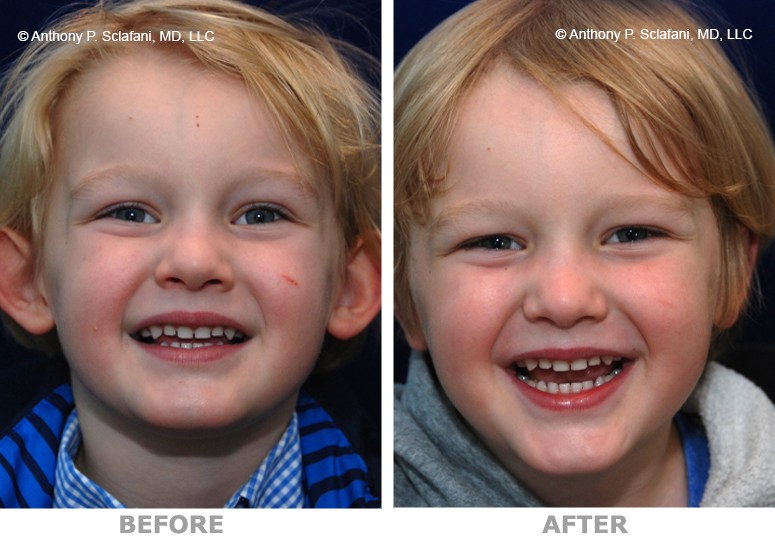 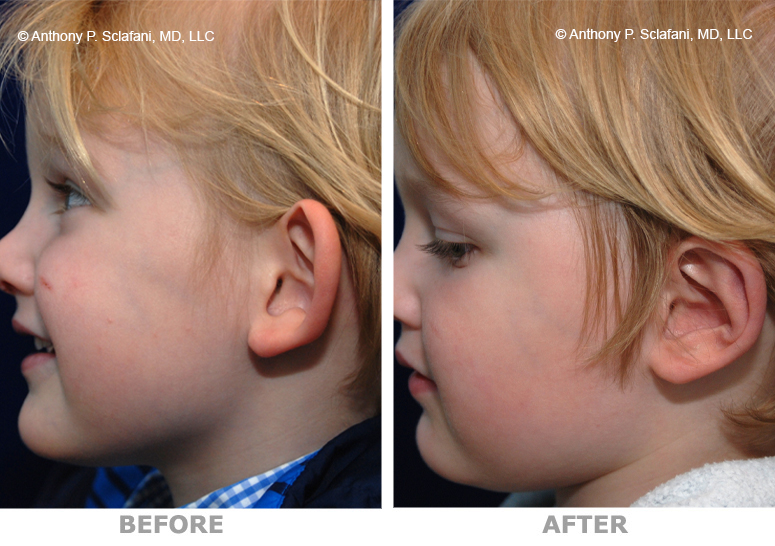 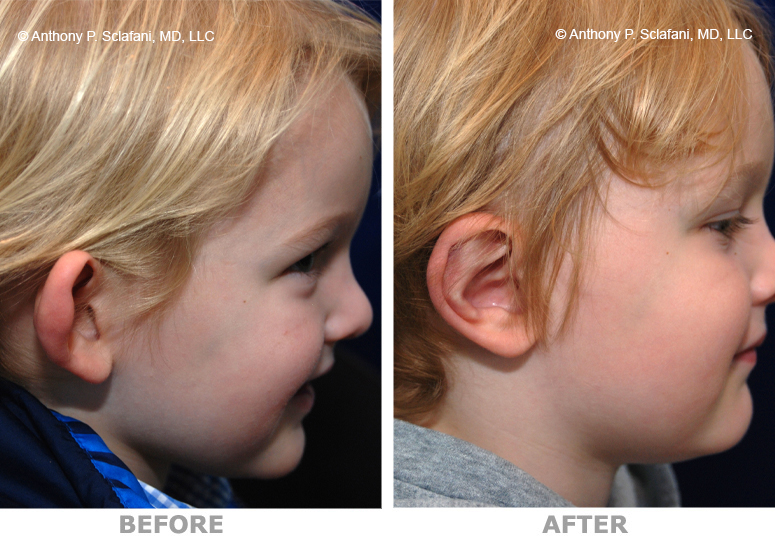 Ear molding can be performed in children less that 3 weeks old to reform misshapen ears gently without any surgery.  Treatment takes 4-6 weeks. 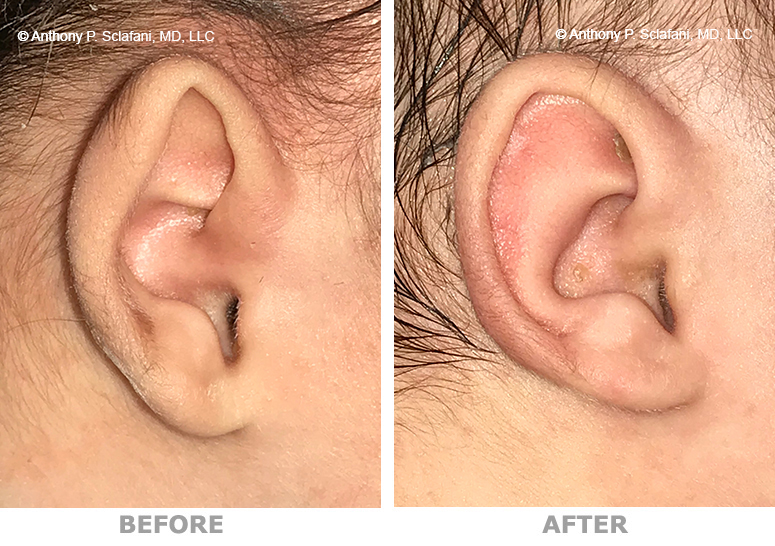 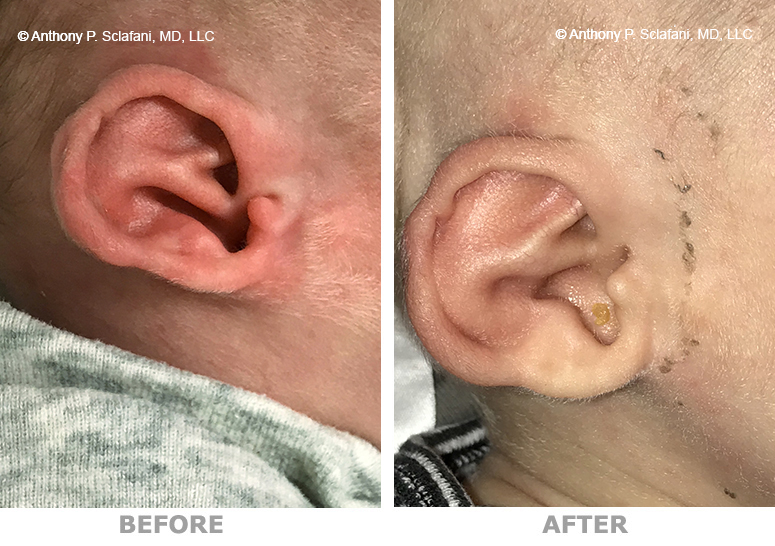 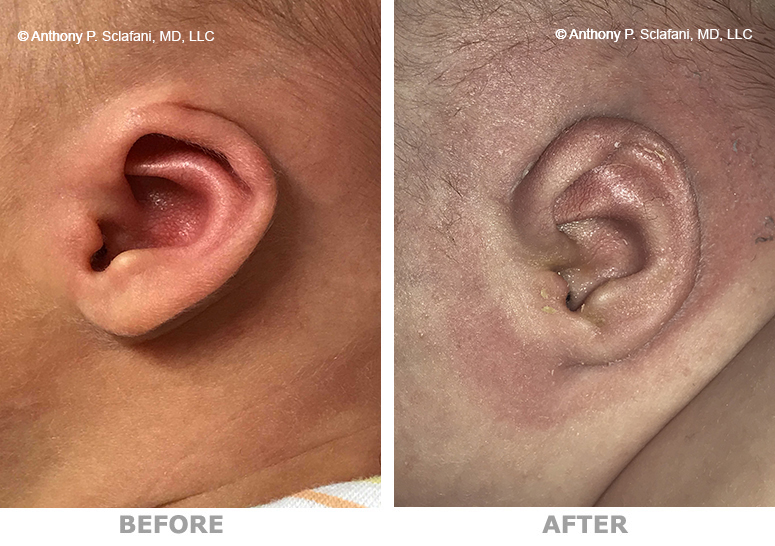 Ear molding can be performed while a newborn’s ears are still soft and malleable.  Generally, molding treatment needs to begin within the first 2-3 weeks of life.  With this treatment, the ear is gentle held in the desired position with a custom mold, and over the following 4-6 weeks, the natural ear shape becomes more normal.  Surgery to correct prominent ears is performed through a small incision on the back of the ear. In adults, the surgery can be performed under local anesthesia or with an intravenous sedative; in children, the procedure is generally done under general anesthesia.

Correction of prominent ears can correct a physical deformity, but can also prevent years of emotional and social abuse. If your child has an ear deformity, it is important to begin ear molding as early as possible and generally within the first 2-3 weeks of life.  If ear molding is not an option, surgery is typically performed at any time after age 5-6 years old.  A complete consultation can help define whether otoplasty is the right procedure for you.

What to Expect After Surgery for Otoplasty

Sutures are well hidden behind the ears, and are removed one week after surgery. Some sutures may be left in place to dissolve on their own.

In order to allow your tissues to heal properly, we ask that you refrain from brisk physical activity for two weeks. Walking and non-physical activities are allowed, but it is best not to exercise for the first 2 weeks. After the first 2 weeks, aerobics, running, stair climbing, exercise bicycling and treadmills are permitted, but weight lifting (free weights or machines) should not be done until after the end of the third week after surgery. However, once the effects of the anesthetics have worn off, it is not necessary to remain in bed or at home. You may shower as soon as the bandages have been replaced by the elastic headband. This band should immediately be replaced after each shower.

Ear swelling is expected but is usually mild. Sleeping with your head elevated and sitting upright during the day for several days following surgery will help minimize swelling. Most swelling will gradually resolve in 10 days.

Bruising, too, is normal. The bruises on your ear may "fall" onto your neck before disappearing. Most bruising will resolve in the first 7 days after surgery and may be concealed with makeup one week after surgery.

Itching along suture lines and in areas adjacent to the face (scalp, forehead) is common and temporary. A feeling that the ear is numb also occurs. Normal sensation usually returns within a few weeks.

Most patients experience little pain afterwards; most describe the discomfort as "soreness" rather than "pain", easily controlled with acetaminophen or acetaminophen with codeine. The ear may be tender to the touch, however, for several weeks after surgery.

Your ear may feel "heavy" for a few weeks following surgery. This is due to swelling and changes that occur with healing.

What to expect After Ear Molding

A soft ear mold is placed over the ear.  This does not affect your child’s hearing.

It is important to keep your child’s ear dry while the ear mold is in place, so you need to be careful when bathing and feeding your child.

Once the ear mold is removed, there is no swelling, bruising or bleeding.