Dr. Sclafani has pioneered the process of autologous tissue regeneration to beautify and restore the skin of the face. Autologous tissue regeneration involves stimulating your body to repair and restore tissues using your body’s own natural processes. With his technique, Dr. Sclafani is able to rejuvenate your skin by isolating elements from your blood which can then be injected below wrinkles, folds and even acne scars.

Using Selphyl® technology, Dr. Sclafani can produce a platelet rich fibrin matrix (PRFM) from your own blood. This PRFM contains the growth factors your body uses to initiate and control wound healing. Dr. Sclafani was the first in the world to use Selphyl® PRFM to improve wrinkles, folds and scars (including acne scars) on your face in a natural way, without surgery or lasers and avoiding the use of artificial materials and devices.

Selphyl® Autologous Tissue Regeneration is a process in which the body's own cells are used to stimulate improvements in the appearance of the skin. Here, laugh lines have been treated in a 20 minute office procedure with excellent, all-natural results. 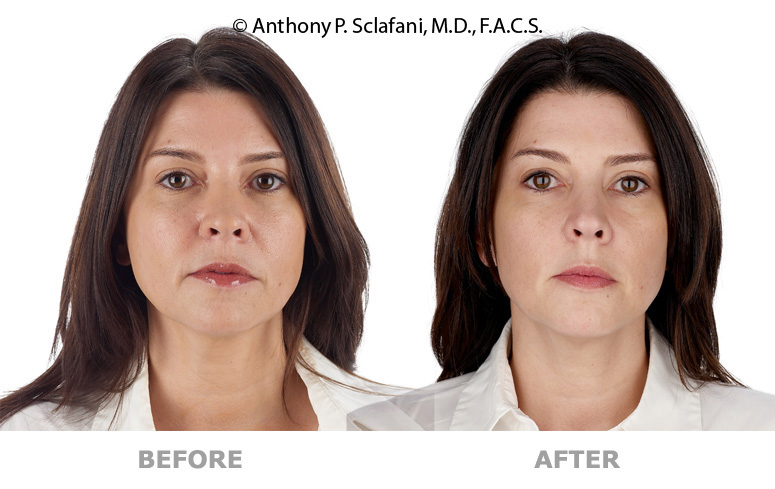 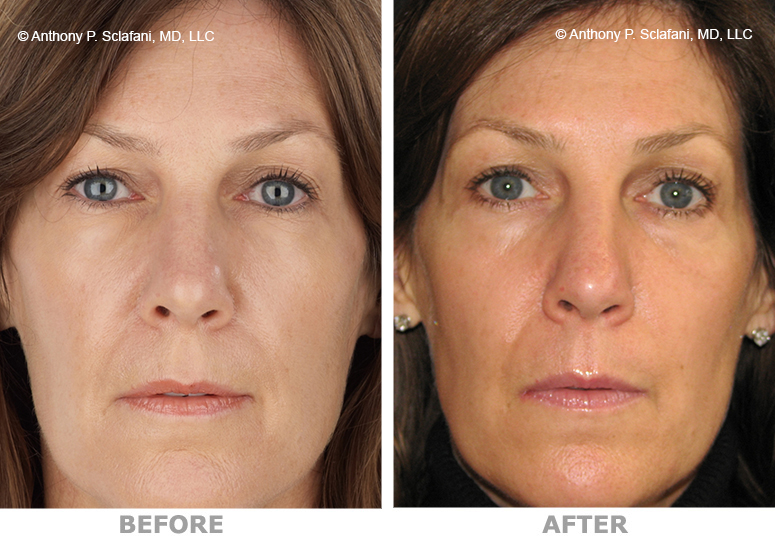 Selphyl® can be used in a quick and simple office procedure which can significantly improve the appearance of acne scars. 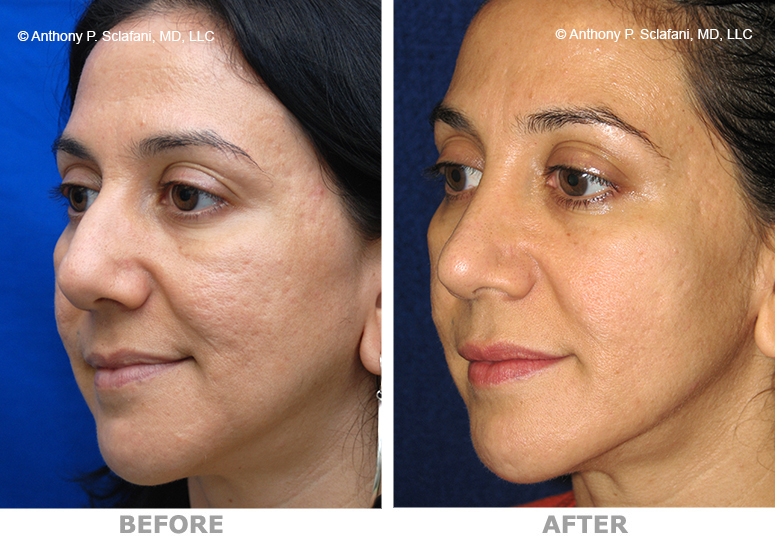 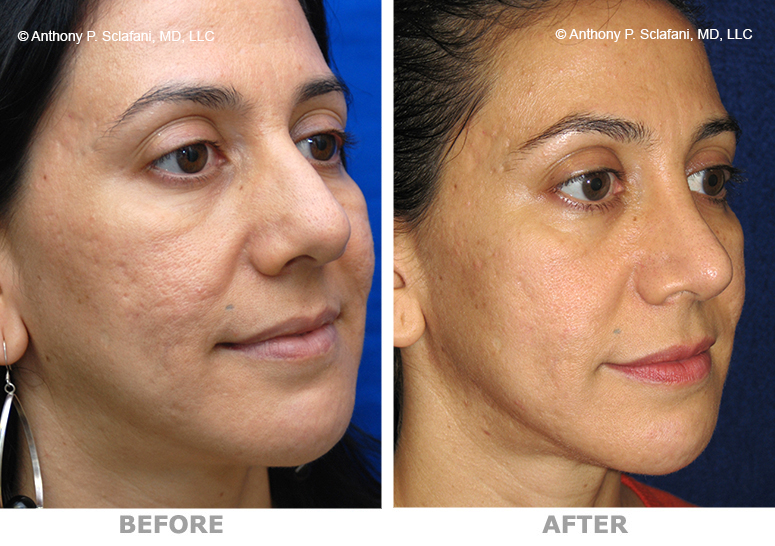 In addition to treating this patient's acne scars, Selphyl® was combined with her own fat cells (see below) and used for all-natural lip augmentation. Other areas of the face can be treated in the same way.

A small amount of your blood is drawn (like having routine blood tests in your doctor’s office), and Dr. Sclafani uses Selphyl® technology (an FDA cleared device to separate the elements of your blood in a specific way) to generate a platelet rich fibrin matrix (PRFM).

This Selphyl® PRFM primarily contains fibrin, a natural blood protein, and platelets, the part of your blood chiefly responsible for stopping bleeding. Howver, in addition to this function, platelets also contain growth factors, proteins which signal cells in your body to perform tasks such as producing or reorganizing collagen, developing blood vessels, etc. The platelets in the Selphyl® PRFM, as opposed to other platelet systems, release these growth factors in a concentrated but natural way.

It is believed that these growth factors stimulate the cells in the tissue treated, such as those below wrinkles, folds, laugh lines and acne scars, to rejuvenate the skin over the next few weeks.

After determining that Selphyl® platelet rich fibrin matrix (PRFM) is right for you, a small amount of your blood will be drawn, similar to having basic blood tests at your doctor’s office. This will then used to prepare the Selphyl® PRFM in a 6 minute process. During that time, the areas of the face to be treated will be cleansed and numbed, either with a topical cream or spray or with a small injection.

Once this is done, the Selphyl® PRFM is injected into the skin to be treated. Cool compresses are then applied to these areas. The entire process typically takes no more than 15-20 minutes.

What to Expect After Selphyl®

Immediately after treatment with Selphyl® platelet rich fibrin matrix (PRFM), the treated area is slightly red; this typically fades in a few hours. There is usually very little bruising, which is generally limited to a few “points” and can easily be covered with make-up. There is some mild swelling, which in most patients fades in a few days.

Beyond this, there is usually some “settling” of effect over the first 1-2 weeks, after which the improvements noted are long-lasting. Selphyl® PRFM can provide a natural-looking improvement using your body’s own capacity for repair and regeneration.

Selphyl® in the News